Tetrable, the current phase of an exploration into self-documenting processes, presents an automated design process for the production of a custom table product. The Tetrable system allows for maximum user customization within a rigid structural system. Utilizing a packed tetrahedron for maximal structural rigidity and “pixel” packing the materialization allows for rapid formal alteration without compromising structural rigidity.

Using Rhino Script as a platform to generate a custom interface, the user specifies the length, width, and height of the table, then simply selects a greyscale gradient image of their own creation generating the topography of the table structures and any color image to be transposed through the material. The system then produces a layer by layer set of plans describing the assembly of the final model, a preset laser cut template, broken apart by color as well as the 3d model of the table system for representation. The table itself provides a functional top surface which exposes pixelization of the users chosen image and a substructure that exposes the abstracted color space through sectional cavitation of the image. The resulting effect acts on both the image and the table with the same methodology, blending both a from an identifiable and functional norm to an abstracted condition which maintains functionality without becoming restrained by it. 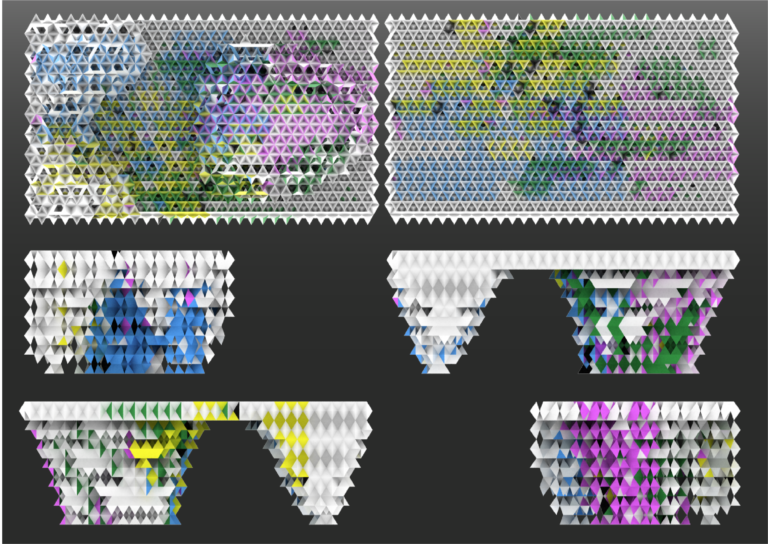 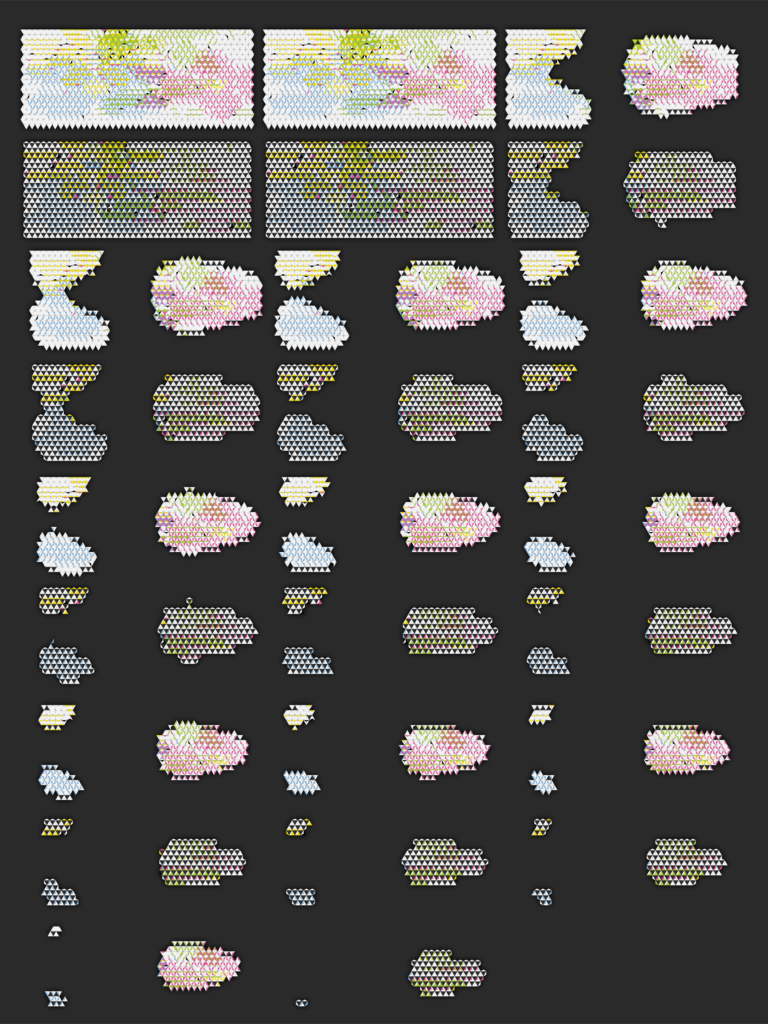