The inspiration for beginning these experiments comes from recent work in developing setout points for architecture projects which require rules for the placement and distribution of conceptual shapes in the real world without the aid of GPS technology or CNC production, but instead, basic geometry which can be measured, subdivided and marked in physical space. The simple idea these experiments look to explore is taking two shapes, breaking them into faceted sections and exploring the relative positions of the facet nodes by drawing lines with computationally derived lengths. The first set of trials in the relative^n series focuses on the study of two-dimensional shapes derived from the relationships between different primary curves, polygons, and Euclidean primitives. The new shape profiles are derived by simply placing one curve inside the other, then dividing the curves into equally and an equal number of points. A vector is then created between each point on the inner and outer curve with the same index numbers. These vectors relative amplitudes are then inverted, the smallest becomes the largest and largest the smallest and the positions are moved from an origin on the inner curve to the outer curve producing a derivative curve that in most cases encompasses the two generative base curves. 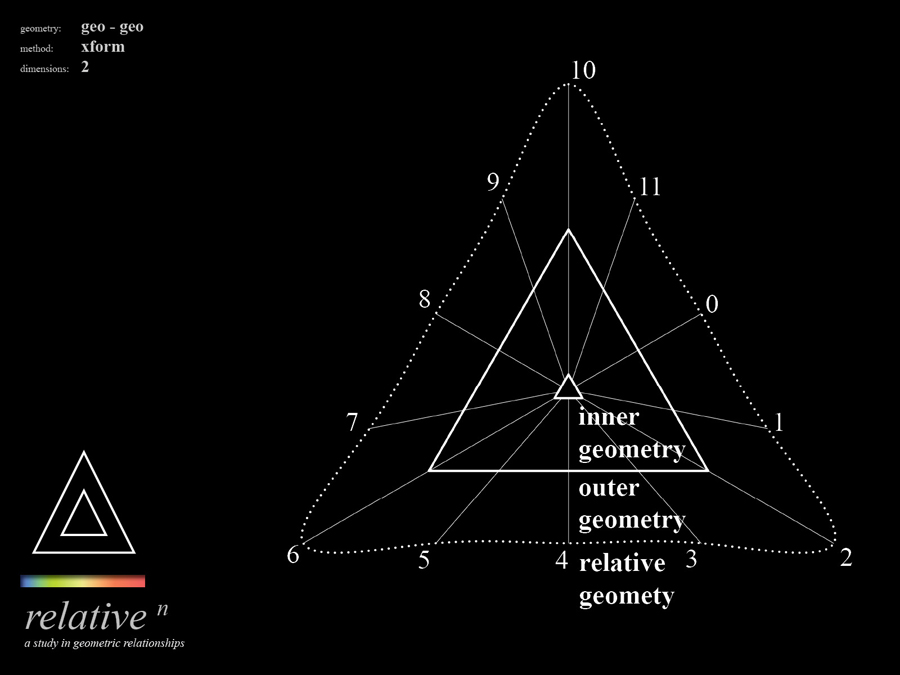